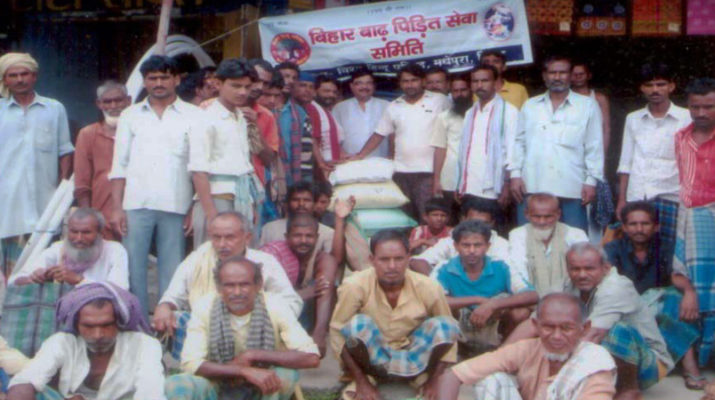 Hindu dharma, which is prehistoric and comes to us through revelation – the Ved – is without a beginning and without an end. Sewa Parmo Dharma( service is the highest duty) is the fountainhead of this Bharateetya Sanskriti, the home of the Ved, which believes that service to mankind is the way to serve the Almighty; religious rituals and other outward manifestations, even if important, take a secondary role.

Vishva Hindu Parishad [VHP], since its inception in 1964, has been working through the four mediums of sewa, samanvaya, suraksha and sanskar with the aim to consolidate society. Under the aegis of Vishva Hindu Parishad, more than two hundred Trusts, crisscrossing the country from Kashmir to Kanyakumari and Kandla to Kolkata, are serving the deprived all over the country through 6,056 projects spreading the message of humanism and endeavouring to unite the Hindus to preserve the cultural heritage of our land.

The underprivileged of our society, especially our vanvasi and girivasi brethren, even after sixty years of independence, have not yet joined the mainstream. The gains of high growth have not yet touched them. VHP, whose sewakaryas (service projects) cover a wide spectrum of activities, endeavours to impact the core of the individual’s life in aspects which are most enduring. The common aim of all sewa projects is to: