‘Bharat Sanskrit Parishad’ was founded on Magh Shukla Panchami, Vikram Samwat 2044 (1987) in the presence and guidance of Ma. Shri. Moropant Pingle, Margadarshak of the VHP as also a social activist and thinker well-known for his keen interest in the rejuvenation of Devabhasha Sanskrit and resurgence of Bharatiya culture together with Ma. Acharya Giriraj Kishor on the occasion of “Akhil Bharatiya Sanskrit Sammelan” arranged in the Central office of the VHP with the following objectives: 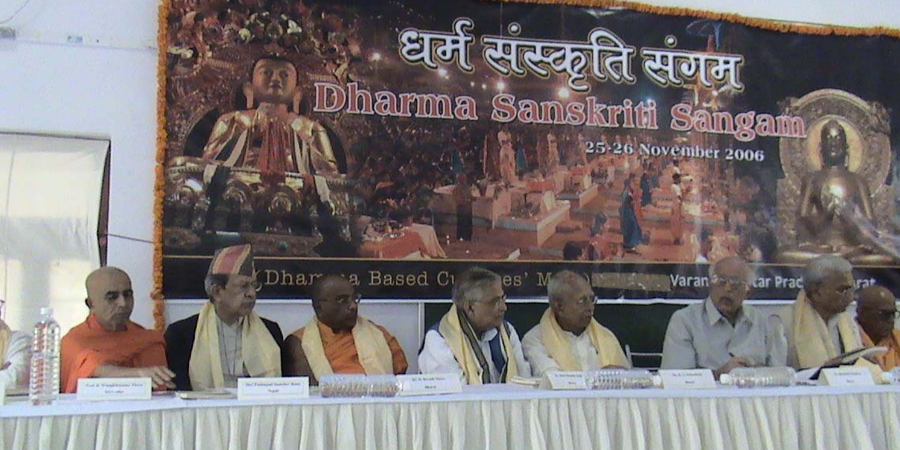 During the past, some years, the indifference and despondence in the Sanskrit world are gradually disappearing on account of the Abhiyans conducted by the Bharat Sanskrit Parishad for the rejuvenation of Deva Bhasha Sanskrit and Sanskriti.